Articles
You are here: Home / Articles / Általános / What is Channeling? 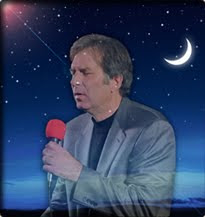 Channeling is a natural form of communication between humans and angelic beings, nature spirits, non-physical entities, or even animals and pets. A channeler is very similar to a language translator or interpreter. They allow themselves to sense the non-verbal communication from another being and then translate it into human words.

A channeler can choose who or what they want to channel. As long as the other party has an interest in communicating, the link is made and the channeling can begin. For instance, many people channel Archangel Michael. If he agrees to communicate with the channeler, the flow of non-verbal information begins. The channeler receives the raw information at a high sensory level and then converts it into human language.

Another popular misconception is that a channeler must go into a deep trance state, or surrender their body and/or mind to the entity. In reality, the entity does not have to enter the body or mind of the channeler and, in fact, can actually be millions of light years away or even in another dimension. However, channeling is similar to any other form of communication – verbal communication, body language, physical senses, art, and so on – that expresses a message which is then subject to the receiver’s understanding. Most well-known channelers today remain aware of themselves and the activities going on in the room, while at the same time focusing their senses and attention on the entity they are channeling. Contemporary channelers do not generally leave their bodies or surrender their minds during the communication process.

Channeling pets is one of the easiest forms of this art. Pets, of course, do not use human language, but they have a strong desire to communicate with humans. Simply release the concept that you’ll hear words and allow yourself to “feel” your pet. As you open yourself to the feelings, the mind will naturally begin to place simple words or phrases to the feelings so that your human consciousness will have a greater understanding of the communications.
If you want to communicate back to your pet, let go of the need to use words. Instead, allow your feelings to open and flow to your pet. In the early stages of working with this type of communication, it may be helpful to imagine pictures or visuals when communicating with your pet. As you become more confident and proficient in this type of communication, the information will flow quickly and easily, and you won’t have the need to use pictures or images.

Some people fear channeling because they don’t understand the process. They think that a negative or dark entity can come in without permission. This is not the case. The channeler always retains the choice of who or what they want to channel, just like they have the choice of who they want as friends or business associates. The channeler can insist on knowing the name and origins of any entity or angelic being who wants to communicate with them. Experienced channelers understand that just because an entity wants to communicate doesn’t mean that the entity is necessarily enlightened. The channeler should discern for themselves the level of enlightenment of the entity and the value of their information. Some entities just like to chat; others can have an agenda; and there are also many entities who have a desire to provide enlightened guidance and counsel.